You can download the patch here.
Easiest way to use it yourself is to install pd-extended and add rjlib.

Today I had very little time. So i wanted to do something simple but goal oriented. So taking again from Andy Farnell’s book “Designing Sound” I toke practical number 1. It suggests an exercise where you take a simple sound like the pedestrian click that Andy models there and model it. So, the simplest sound I could find immediate around me was the beep from the security system at the studio. I then analyzed the sound with Izotope RX3 and sound forge and deduced from that that I should be able to model it with a few sine oscillators. Which is what i then did. I also added a bit of reverb to model the sound of the space I happened to be in when I filmed the beep. But it turned out the oscillators on the beep aren’t that super stable. So on the fundamental and first harmonic I did some modulation to model that. However it could be an artifact of the compression on my phone perhaps. Anyways, the tweaking is actually something i played around a lot with on the way home on the train, but the video didnt capture. IT turns out that such a simple sound you can still spend an eternity on to fiddle with and get closer. 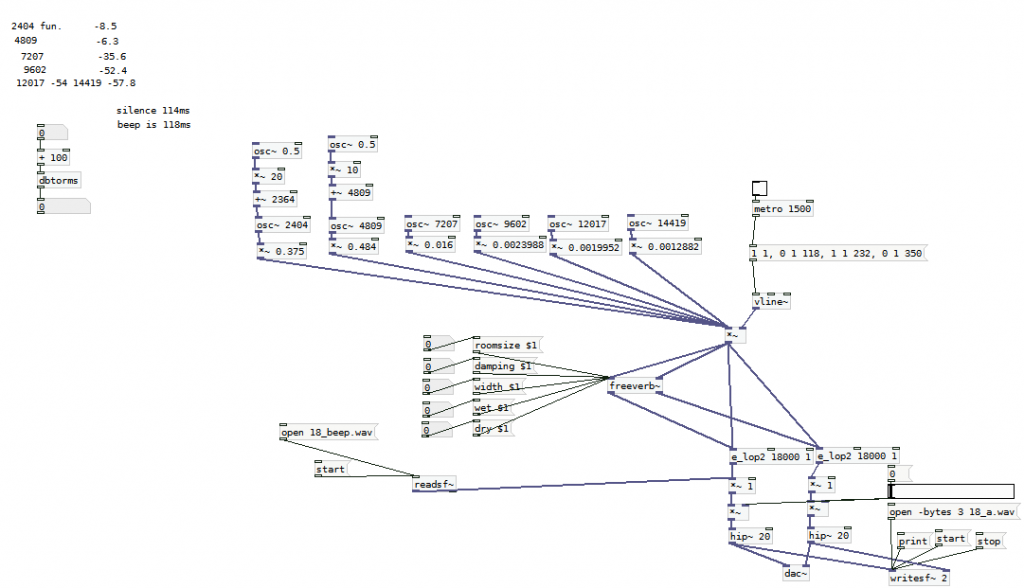 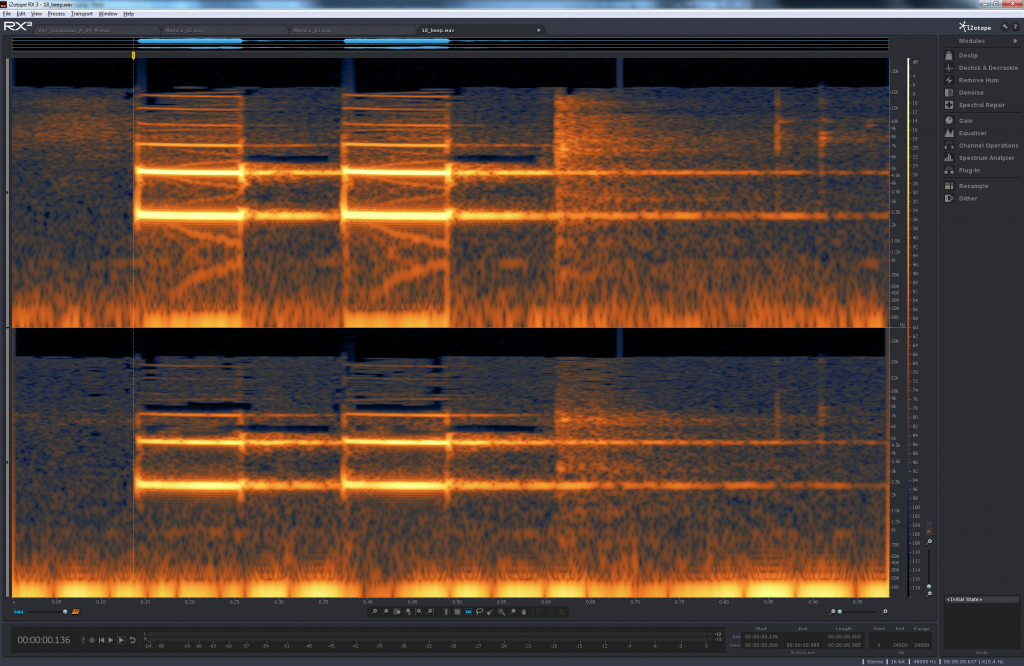 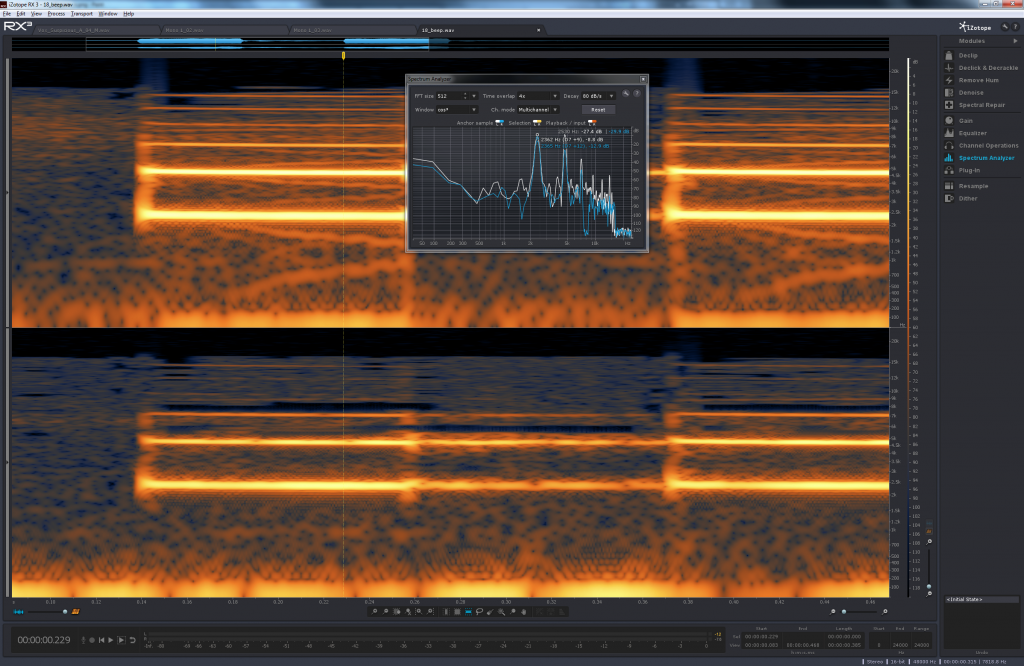 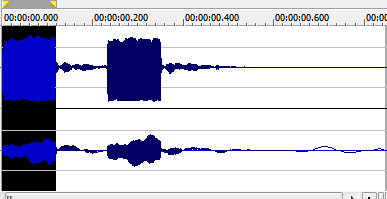